Should we lower the threshold of close votes from five to three?

Apparently some of our prominent members had mixed feelings about the topic last December - maybe those feelings remain or have changed. I figured it should be captured here in Meta - for posterity.

Bonus: Since there are a few Monty Python fans here, this comment would apply:

Finally we are no longer living in sin, for on the matter of close votes it is written: "three shall be the number thou shalt count, and the number of the counting shall be three. Four shalt thou not count, neither count thou two, excepting that thou then proceed to three. Five is right out." – Jeroen Mostert Dec 3 '19 at 21:38

I surveyed the recent close-vote history, and it's clear that there is a good quorum at three votes. Pulling out yesterday's reviews, it's clear that almost all the votes for closing questions ended up in close votes anyway. Additionally, people quickly vote to keep posts open too, and those votes typically end up in questions left open (one was edited, which removes it from the queue, and another was still closed, with just 1 vote to leave-open. 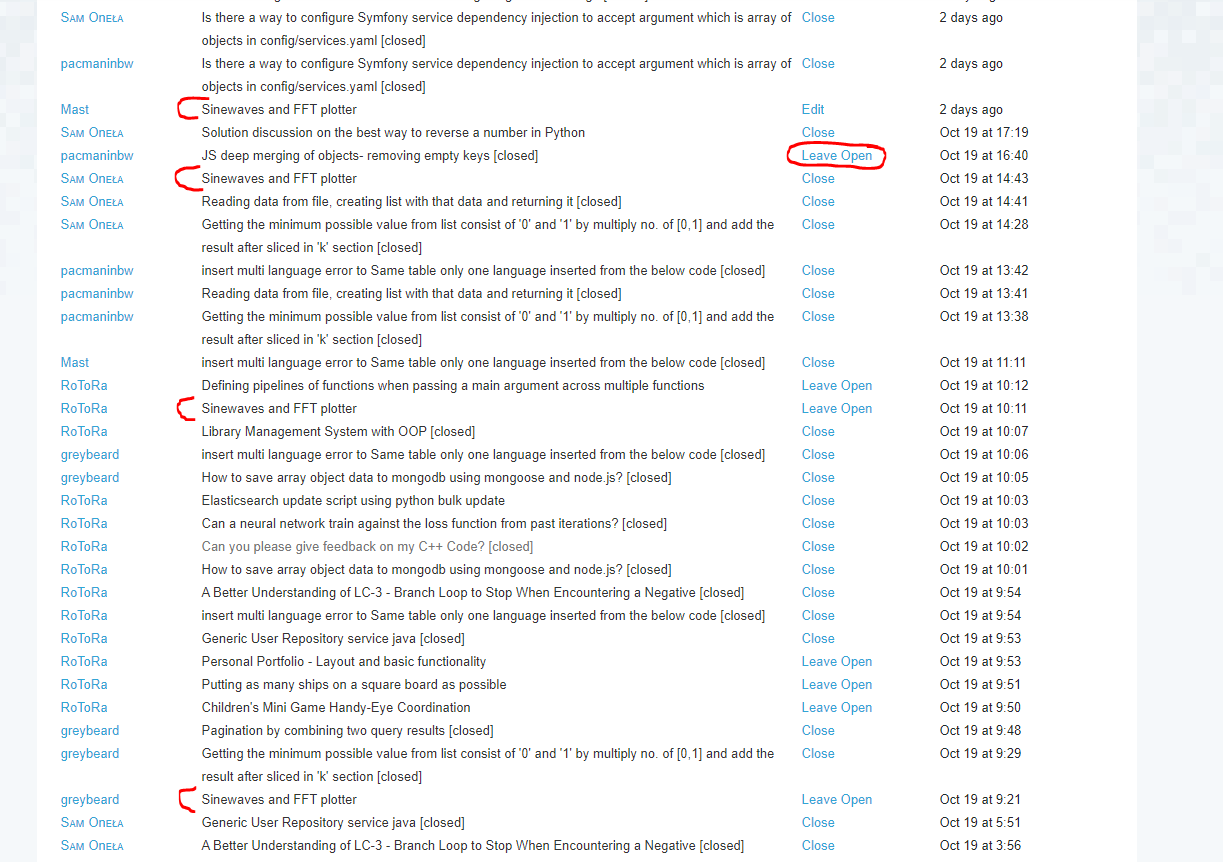 In short, it is inevitable that the ultimate direction a close-vote review queue goes is determined within the first couple of votes... and waiting for 5 just leaves it for the question to gather unnecessary time on the front page, and sometimes it takes a while for the post to await 5 votes, and attract bad answers, or unnecessary dialog as a result.

Bad questions should be closed quickly, and the community has a good track record of being able to do that within 3 close votes.

This is now live! Thanks for your patience.

When I came to check out the discussion here, it was nice to see good support - y'all have an active site and I know that you likely get a good amount of content that does need to be closed. As such, I felt that y'all were likely going to fall into needing this change less because you didn't have sufficient voters and more because there was workload that could be lightened by reducing the number of participants in the process.

And that seems to be the case. It seems like, you end up closing about 100-200 questions per month which, while not huge is still reasonably large. The first thing I look at is how many of the close review actions actually get handled on a monthly basis. Essentially, if a question gets a flag or close vote, what is the likelihood that the question will actually get closed.

I'll point out that the top of the vertical axis is 90, which means it's not quite as rosy as it might seem on first glance. Essentially, y'all do a decently good job at handling these - while you've been down in the mid-sixties in the past, recently you've been in the 70-80% completed range: 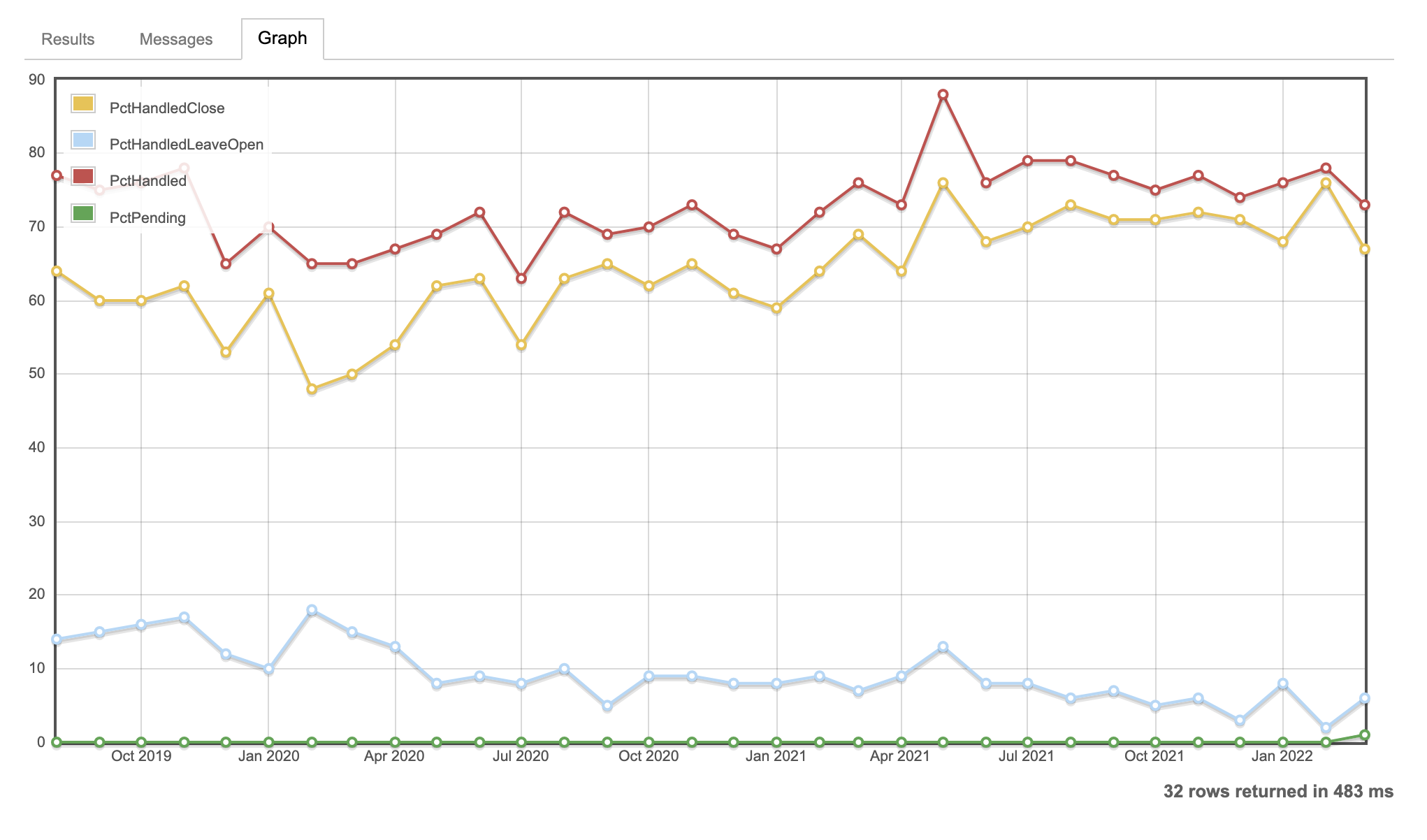 Currently, the mods here are doing slightly more of the closing (likely with some votes cast by community members) and have been since the 2021 election - I'm guessing that election made moderators out of some of the more active reviewers, which may explain the dip. 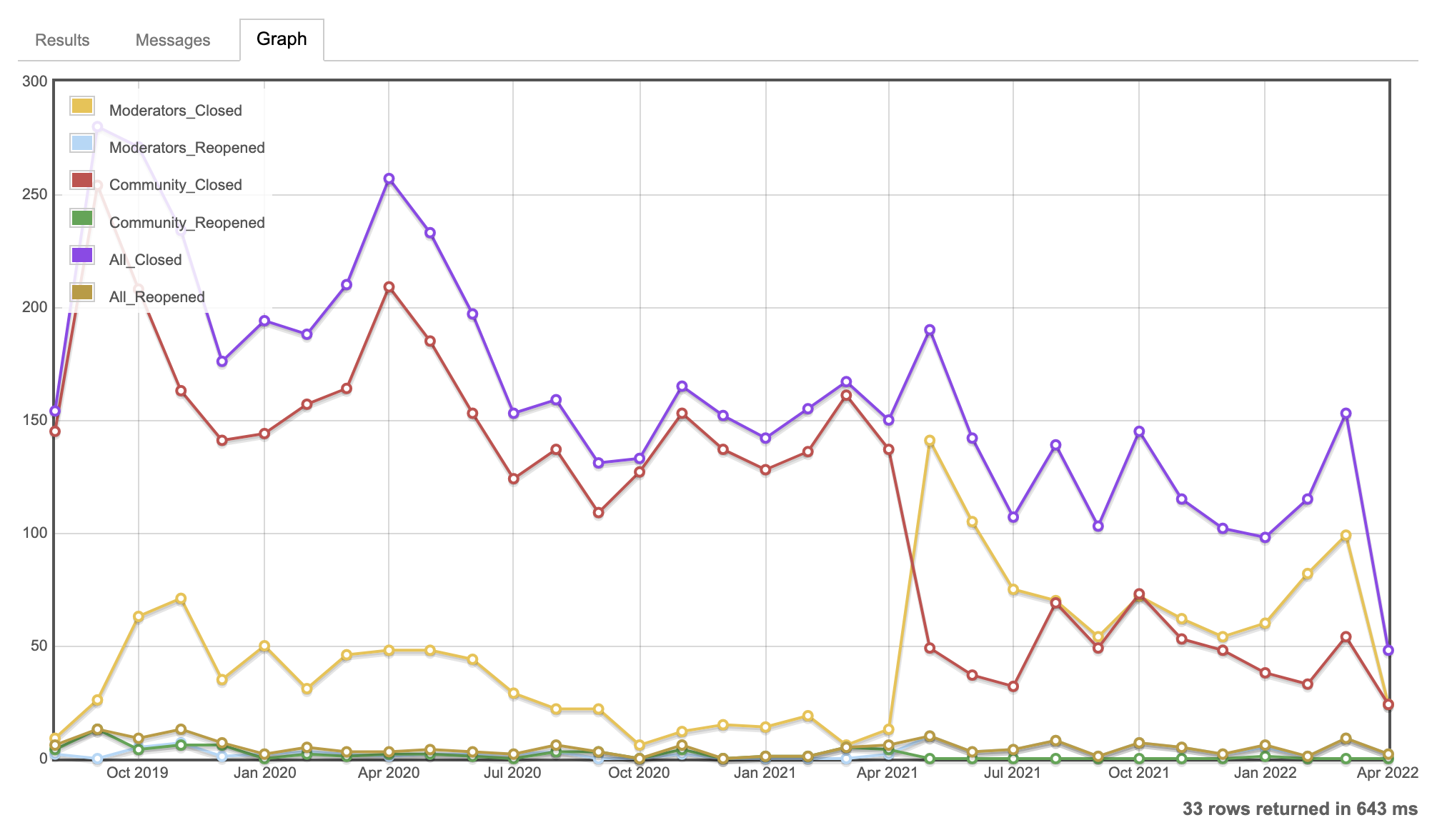 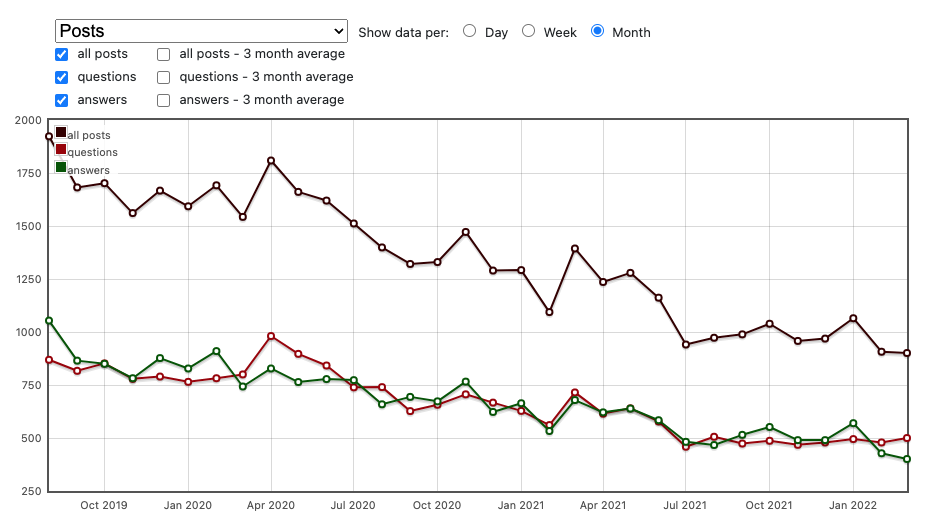 So, all seems on par, though usually a decrease in questions asked would be concerning, it's not the subject of this post, so I'll leave that for another day.

On a whole, it seemed that enabling three vote close/reopen would be a worthwhile change here, so I've enabled it. Please do let me know if you start experiencing any issues. I did check in with the mods before changing the site setting to make certain that the concerns in Mast's answer were well in hand - and it seems that they are, and aren't of as much concern now.

I'll check in in a few months but I likely won't update this unless there's something particularly concerning - as such, consider this the new normal. We can always push you back up to 5 if things change in the future, so don't hesitate to ask.

Since I'm the one being cited, I may as well write an update clarifying my stance back then and my current one.

It started out in December with me linking in chat to the MSO post, a little earlier than the original link goes. There was some concern about the intentions of the company and whether it would be useful for Code Review. Part of what fuelled those concerns was (at least for me) a quote from Shog9 in this MSO answer:

Oh, right... That no-consensus thing went up by a thousand percent. We should, uh, probably fix that.

We weren't doing so bad on closing questions, there was an effort to keep it that way and there was a risk of side-effects. Considering so far it would only be released at SO, we collectively shrugged and went about our business. I've kept an eye out on the project, but every time a robo-reviewer showed up I was glad we still needed 5 votes to close instead of 3.

However, lately it has been going better. In general I agree with rolfl's answer, but I'd like some consensus on how to deal with side-effects before implementing it.

Update:
We (the moderators, I became a moderator somewhere between posting v1 of this answer and this update) have a good grasp on what the side-effects will be and feel confident we can handle them.

Not the answer you're looking for? Browse other questions tagged discussion status-completed vote-to-close vote-to-reopen .