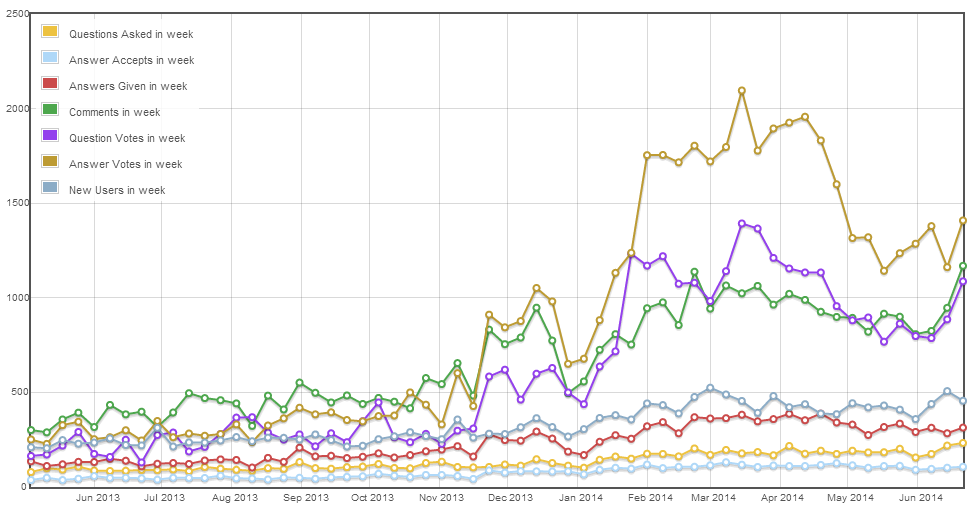 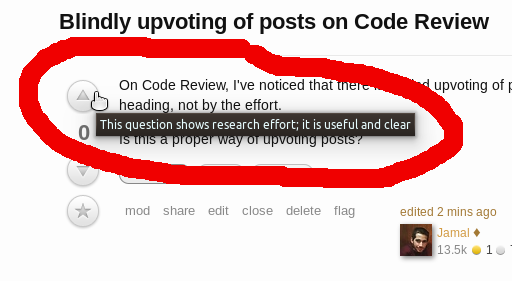 29
What makes a good question?

18
StackOverflow questions being incorrectly sent to Code Review
23
What criteria do you use to upvote a question?
7
Will my rampant upvoting help?
11
Are we blind upvoting answers based on answerer reputation or are my answers no good?
19
Is it too easy getting upvotes?
30
Distributing "welcome votes" to first posts
2
Is the quality of my posts declining?
0
Accepting without upvoting
28
Let's not close fixable posts without explanation
10
How to best motivate posters to migrate their question to another site?