Jack of All Trades, Master of None - Let's work together to offer ultimately better content, faster

"I think it's probably best if the question instead has several good answers that each address a specific topic. The result will be that no single answer is complete, but every problem is addressed between all the answers." 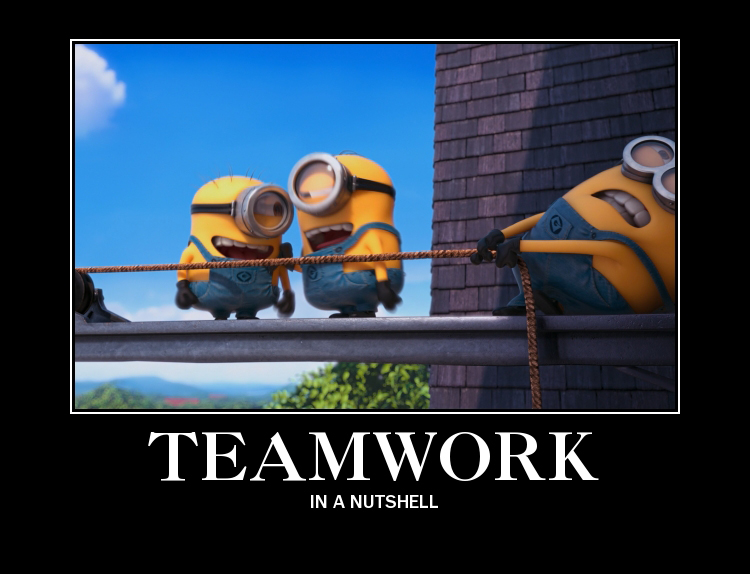 Alright, so that may not be the kind of "teamwork" we're looking for, but seriously guys and gals: 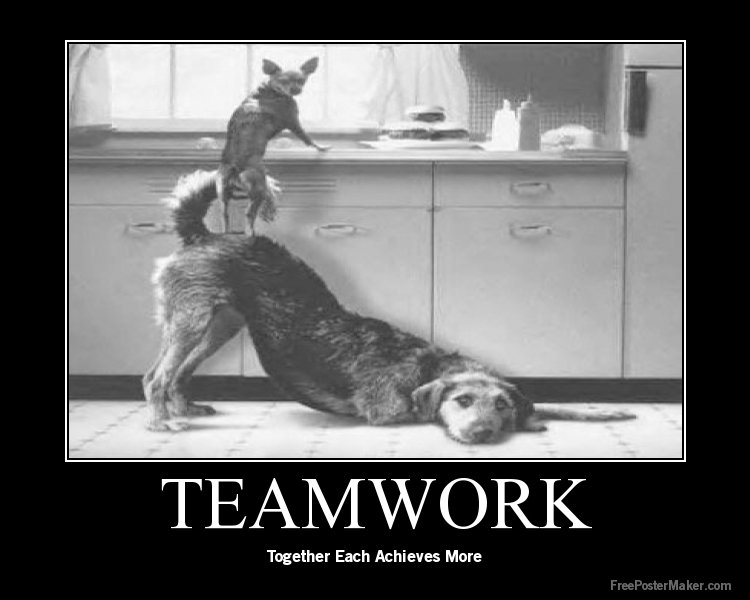 I'd say that so far roughly 90% of the great reviewers here spend nearly 40 minutes or even an hour per review giving great, positive feedback, touching on all the aspects of the code.

Even smaller code, which we should promote, requires lots of time and effort to touch on everything fully. This has two results:

But together, we can each achieve more, faster

If each reviewer sees the question and grabs one aspect of the code that they're interested in improving, and spends just 15 minutes on their review, they can post a kick-*ss review that will get the same amount of upvotes, and allow other users to share the rep, and post their own kick-*ss reviews of different aspects of the code.

Each of these aspects of a code review can take up 3-5 paragraphs alone and there's no reason for that not to be considered a good review. Together, by each focusing one one Trade, we avoid becoming Master of None in our reviews.

Code review is the perfect community for teamwork!

Instead of everyone trying to spend a monster amount of time, stretching their focus thin on huge, Jack of All Trade reviews, we can work together to touch on everything more fully, sharing the rep, allowing us to handle questions faster, and ultimately making it funner to review peoples code.

Collecting some useful resources as part of the teamwork approach:

Bottom line, teamwork approach is fine, common, and well-documented as being "allowed". If you want to contribute a portion of an answer, feel free to be part of the team.

I often mention other answers (if I think they are good) in my own answer. Sometimes I may use a point or piece of code from their answer (always saying so and giving credit).

From my own experience, there are several ways to collaborate in reviews without sharing an answer.

There is absolutely no point getting hung up on not being the accepted answer. If questioners all had good judgement in choosing the best answer, they would probably not need to post here in the first place.

I feel rather lonely in my pet areas, which seem to be relatively niche and have a very small number of reviewers. We'd all benefit from more answers, no matter how narrowly-focused and succinct.

4
Is it ok to review only a part of the code
101
Code Review SE is graduating!
38
Short answers and code-only answers
34
Is code ever clean enough? - Can there be too many follow-up questions?
53
Which answer to accept?
12
Is it always ok to suggest best formatting practices on code that doesn't follow popular conventions?
11
In 2014, how quickly, on average, are questions of popular languages answered on Code Review?
14
Tackling overwhelmingly long questions
12
Teamwork - editing your answer based on another answer or comment
13
Frequently posted documentation - a new zombie weapon?
See more linked questions

23
What is the best way to exchange a dialogue following a code review?
16
Handling Asker not learning from previous reviews
12
Asking questions - including full code
12
Is it always ok to suggest best formatting practices on code that doesn't follow popular conventions?
13
Improving the site description on our take-a-tour page
33
Best of Code Review 2014
14
Tackling overwhelmingly long questions
13
Frequently posted documentation - a new zombie weapon?
11
Should tag wikis contain frequently suggested style points?
43
What is the motivation to spend time doing a code review?