SE sites use Google Code Prettify for code formatting. While it's still up in the air as to whether we would be able to get SE to use community-voted code formatting, I've been experimenting with Prettify.

There are a few options for line numbering in Prettify, and I was interested to know what everyone thought would be best to use, if we were to have our own formatting.

I will post 3 answers with the different options. Please up- or down-vote according to your preference.

PS: Please don't mind the colors right now, haven't got that far yet.

PPS: I took the code from here in case you are curious.

To clarify, as the question surfaced a few times, line numbers do not affect copy & paste, in other words, line numbers are not stored in the clipboard when you select the code.

After some experimentation, it appears the line numbers do carry over using IE 11, but not on other browsers tested. This would make the copied code not compile until they are removed. This may be a pretty big deal breaker, as SE supports IE 11. (thanks @MarcAndre for pointing out)

Also, it would be nice if answers could retain correct line numbers when posting snippets; however there is no way to make a code block not start with line 1. Code in the question occasionally changes (i.e. it might get formatted a bit better) - answers referencing specific line numbers would potentially become confusing.

This is the setting that is currently in use on CR. 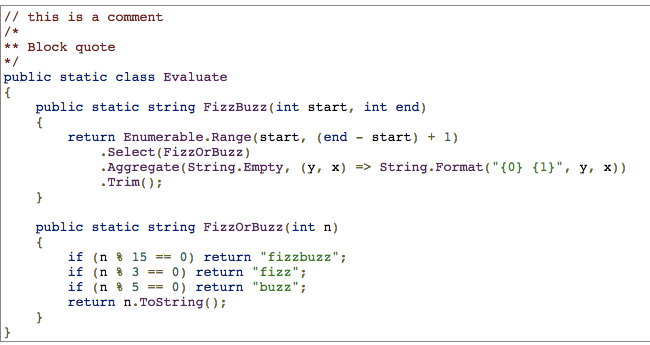 Note that the different colored lines are also optional, that can be changed easily.

Not the answer you're looking for? Browse other questions tagged discussion formatting design .

67
Should line numbers for code snippets be added?
9
Making Code Review a resource for examples on software design issues
38
Jack of All Trades, Master of None - Let's work together to offer ultimately better content, faster
6
How can I improve this question?
22
Code Prettify - Choose your favorite or make your own!
17
Help Desk Chatroom
21
How should we revisit our standard close reasons?
44
Putting down my mug
2
Syntax highlighting for vba just changed
7
Are questions mostly unrelated to the presented code on-topic?