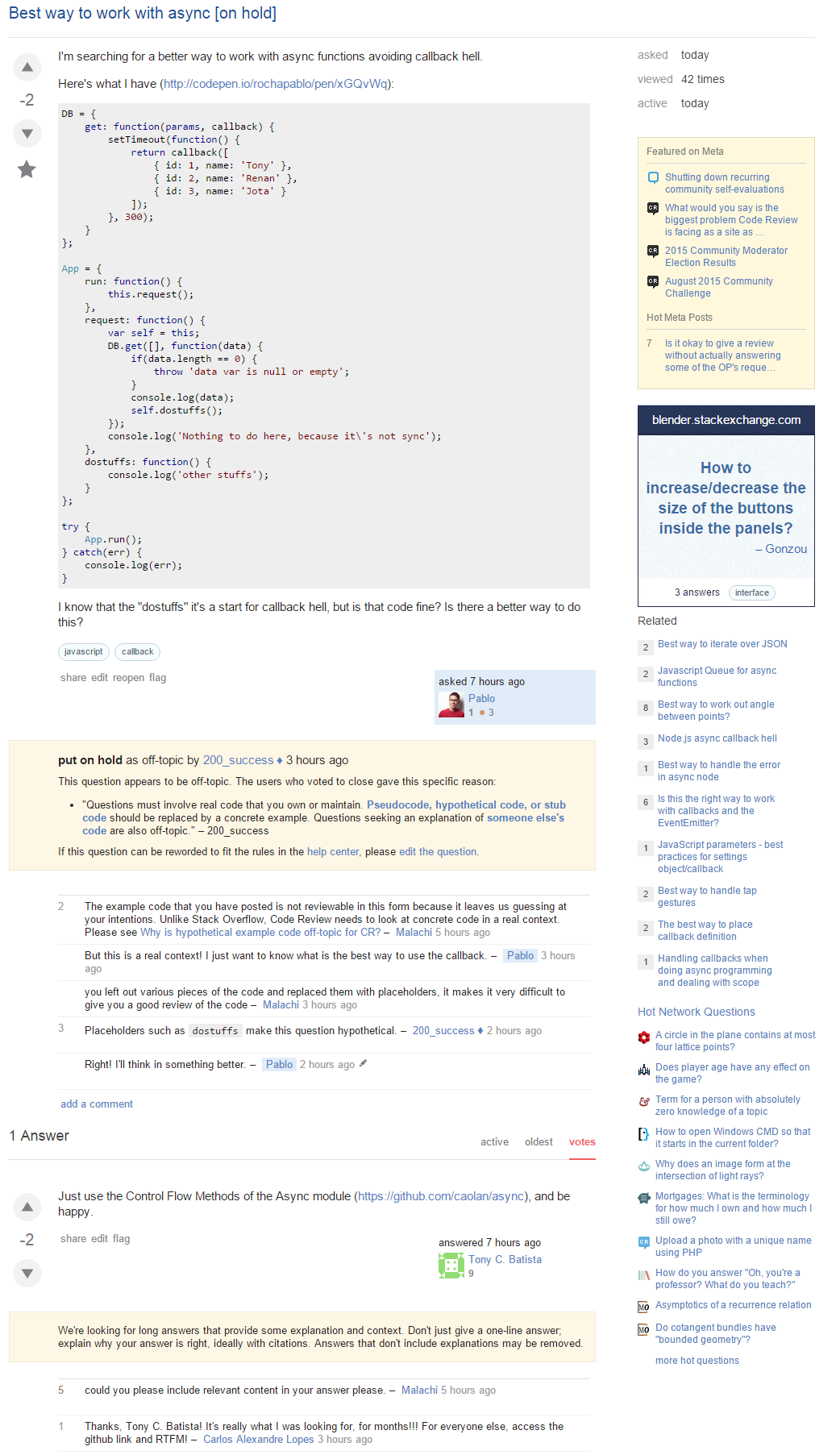 9
Flagging closed questions for deletion
16
What are the correct actions to take when there is a 'bad' answer?
9
Major bugs caught in questions
13
Revising the "insufficient explanation" post notice
8
How can I flag a post for migration to SO?
3
Flag declined after edit has been made
13
Why is a NAA flag being handled by a Moderator?
12
Flagging users who select "No Action Needed" in First Posts review queue