It's a big day. You've been cleared for graduation by the Stack Exchange Community Team! Code Review has already met our threshold for graduation-worthy sites, and today joins in the new design-independent graduation process! Reaching 'mature community' status is a big milestone, and you should be very proud.

You've already had an election to have celebrated this previously, but now you will receive the remaining benefits detailed in this process, which include:

In the coming months, the site will receive a full design from one of our designers, which will be packaged with an increase in the amount of reputation needed to access each privilege. It's no secret that our backlog for site designs is long, and so although you're looking at wait of several months, but we wanted to give you the things we could give you now. Normally, a site would also be included in the footer at this stage. As mentioned here we’ve discovered that in our current setup, we’ve hit a barrier to adding sites in the footer wherein they might not actually show up in the footer. We are currently looking into an adequate long term solution.

This site has reached this point because of your generous contributions. Together, you've created a valuable resource that helps people. Congratulations on all you've accomplished. 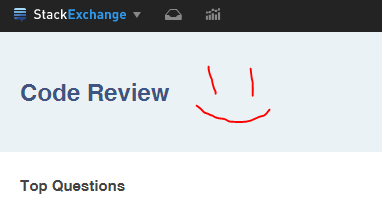 This is good news in the slow trickle of progress the Stack Exchange staff have been making in delivering on their commitments to supporting community sites through their conception, development, and maturity.

While this announcement is sweet, I think the bigger issue is one of predictability. Let's review the Stack Exchange concept as a whole:

This brings us to where we are, conceptually as a site, along with many other beta sites. Until a few years ago, the next step is/was supposed to be:

In the case of Code Review, that step 4 has been delayed, and delayed (by about a year now). Stack Exchange is not fulfilling it's commitment to the community that it made when the community started out along this road.

There are three major issues that I have (as a member of this community - so I feel that others may share my concerns):

When graduation was "announced" almost a year ago, the words used were:

Code Review has been added to the list of sites that the SE Design Team will be creating unique site designs for. Unfortunately, the list is long, so it may be several months before you see the first mockups.

A lot has happened since then, but those words are eerily similar to this post:

In the coming months, the site will receive a full design from one of our designers, which will be packaged with an increase in the amount of reputation needed to access each privilege.

Oh, I get it, we are no closer to graduation than we were a year ago.

I am taking the liberty of removing the graduation tag from this question, and replacing it with beta-progress. The graduation is premature.

As @RubberDuck said, please raise the rep privileges as soon as possible. We need those for proper graduated site operation.

101
Code Review SE is graduating!
11
Do we want to enable the review auditing feature that discourages robo-reviewing?
7
Do we even need to keep following [meta-tag:site-policy]?